Travis Shilling's paintings tell a story. A filmmaker and playwright, Travis' work reflects a rich imagination and exceptional skill. Travis' recent paintings juxtapose civilization and the animal world in a narrative dreamscape. His short film "Bear Tung", featuring Gary Farmer, was a selection in the 2011 National Museum of American Indian in NYC as well as the Santa fe independent film festival in October. Travis was born in Rama, Ontario: the second of two artist sons of acclaimed Aboriginal artist Arthur Shilling. Travis has exhibited since age 21 in Canada, Europe and the US. He travels between a studio in Rama and one in Toronto. (from travisshilling.com) 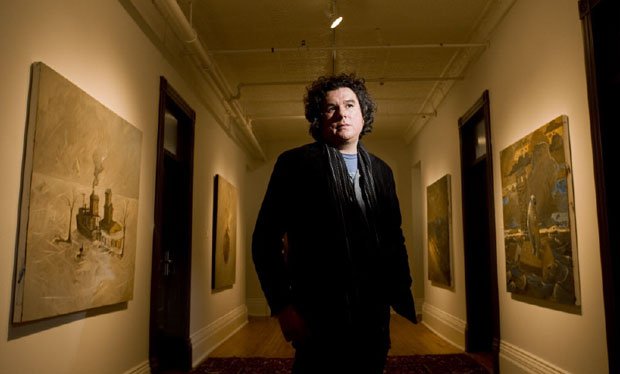